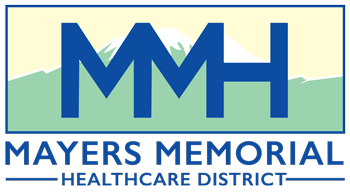 
Dr. Tom Guyn was raised in both Burney and Fall River Mills.  He graduated from Fall River High School.    After attending CSU Chico, where he earned two degrees in Biological and Chemical Sciences, he attended UC Santa Barbara for graduate work in Biochemistry. He earned his MD at the University of Rome Medical School, Italy.  He speaks Italian.

Following his Internship and Residency on the East Coast, Tom returned to Fall River to open a private Internal Medicine practice at Mayers Memorial Hospital.  He founded and was Director of the Intermountain Pulmonary Lab and was a primary consultant for the planning and organizing of Mayers' ICU/CCU.

For part of his career Tom worked overseas. He spent a year in the Internal Medicine services of a multi disciplinary clinic at Saudi Aramco (Arabian American Oil Company). This was followed by six years at the US Army 546th General Dispensary in Mannheim, Germany taking care of the army family members and retirees.   On returning to the States Tom settled in Minnesota and worked in primary care clinics, including organizing and setting up a new primary care clinic with his brother.  He then worked for six years as a hospitalist at North Memorial Hospital.   While in Minnesota he completed an MA in Values and Environment (environmental philosophy).   In 2009 he moved back to California to Santa Rosa and worked for four years as a hospitalist and then in an Internal Medicine group practice.

In July 2019 Tom retired and moved back to Burney.  He is enjoying being close to extended family, mountain biking, hiking, archery, hunting, making pottery, reading and relaxing. He looks forward to working on the MMHD Board of Directors and on the Quality Committee, drawing on his medical experiences, to help provide the best medical care for the Intermountain area.

Once Covid is contained, he plans to catch up with old friends in the Intermountain communities and to travel again with his wife, Natalie, to visit their son in Europe and daughter on the East Coast.